हिंदी में पढ़ें | IPL 2021 Most runs: IPL (Indian premier league) is the most awaited tournament hosted by BCCI. After waiting 2 years the 13th season of the tournament is started in India. Recently it was played in UAE. In IPL player who makes the most runs in IPL season is awarded the Orange Cap title.

The orange cap is an award given to the player who makes IPL most runs. This tournament is started in 2008 on that time Shaun Marsh was the winner of this award.

In this article, we take a look at the player who scores IPL 2021 most runs And the past winner of the orange cap.

Delhi Capitals opener batsman Shikhar Dhawan holds the orange cap in IPL 2021 by Scoring the most runs in IPL 2021. Shikhar Dhawan makes 422 runs in 9 matches with an average of 52.75. He also makes 3 fifties during this season.

Who gets an orange cap in IPL?

ANS: The player who has scored the most runs during the entire season of IPL is awarded the Orange Cap title. Australian batsman Sean Marsh is the first player to receive this award in the first season of the tournament, which started in 2008.

Also Read: IPL 2021 Wicket keepers of All Teams: Which team has the best wicketkeeper 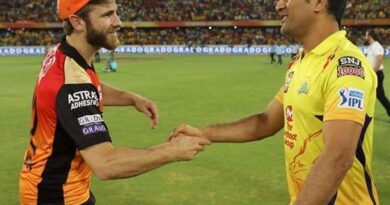